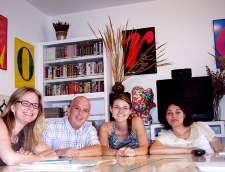 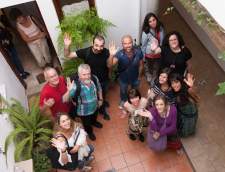 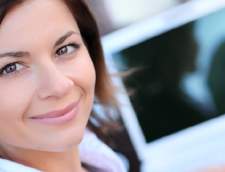 Learn Spanish & live in your private teacher's home around Granada with Home Language International! Home Language International (HLI) is a family-run business offering language courses in more than 20 languages in over 30 countries worldwide, including Spanish lessons at an experienced private teacher's home in Spain. More than 5,000 students take advantage of our services every year. Ian Josephs, Danielle Josephs, their 5 adult children and an expert team of dedicated staff all put in very long hours for HLI. You stay in an experienced teacher's family home, have one-to-one Spanish lessons and then continue to use the language during the rest of your stay in Granada. Because you are the only student, you are guaranteed individual attention. The lessons are completely designed for you, so the teacher will focus exactly on what you need. Mealtime conversation, television and social contacts are all in Spanish. All of our teachers in Spain have a university degree (or equivalent) and/or a recognised teaching certificate. All teachers have been visited by one of our local organisers. Their qualifications have been checked and their homes throughly inspected. During your stay in Granada, a local organiser will monitor your progress and make sure your experience is both happy and successful. Home Language International (HLI) is accredited by the Accreditation Body for Language Services (ABLS), Association of Language Travel Organisations (ALTO), and UNOSEL. 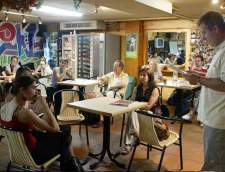 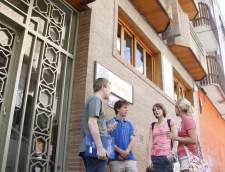 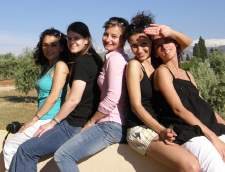 Instituto Mediterráneo Sol was established in 1993 in the beautiful city of the Alhambra, which is considered one of the Wonders of the World. The geographic location of Granada is privileged, because it is only 30 minutes far from the natural park of Sierra Nevada and its winter ski resort, and only 45 minutes by car far from the Costa Tropical. Our Spanish school is in the very city centre, in the unique quarter of El Realejo, less than 5 minutes walking from Puerta Real, the Cathedral, Gran Via de Colón, theatres, hotels, restaurants, shops, etc. To sum up, you will be able to learn Spanish in one of the most historic quarters of Granada and at a stone's throw from the heart of the city, surrounded by all the facilities and comforts. Instituto Mediterráneo Sol (Accredited Teaching Centre by Instituto Cervantes) has five classrooms fully-equipped for the study of Spanish with TV, video, DVD and all the necessary audio and CD equipment. All these devices plus the small group size (maximum 8 students per class) create a very familiar atmosphere and a personal treatment, which makes the learning of Spanish more natural and effective. The teaching is carried out only in Spanish and without using any other language, developing a direct, situational and communicative method and looking for mental associations between the concept and the word in Spanish. Vocabulary and grammar are studied in a contextual way, placing particular emphasis on the students' participation both in the oral and in the written production. Teachers use exercises on the different grammatical structures, dictations, readings paying special attention to the phonetics and pronunciation, etc. creating controlled and free conversation, always with the teacher's corrections. Every programme has been worked out following the directives of the European Common Reference Framework for Languages (Council of Europe) and the Curricula Plan of the Cervantes Institute. Before starting the Spanish lessons participants will undergo the Instituto Mediterráneo Sol "placement or language test". As the classes are structured in blocks depending on the number of lessons of the course, one more grammatical and others more of oral production, there could be the possibility of differentiating the levels between both parts. Therefore participants could join two different groups depending on their levels of Spanish grammar and Spanish conversation and vocabulary. Every week, groups (levels) will be "open" until Tuesday. There is the possibility of changing group if both the teacher and the head of Studies consider it necessary and/or convenient. 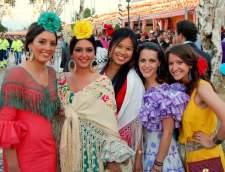 Learn Spanish in front of the Alhambra. With 30 years of experience, CELEI, a center approved by Instituto Cervantes, is a small Spanish language school with a close-knit, family atmosphere. Our school, situated in a typical house with a garden and Arab wall, is located in the heart of el Albayzín, the historical neighborhood declared a UNESCO World Heritage Site. CELEI offers an unbeatable location in front of the Alhambra and el Sacromonte, a genuine Gypsy neighborhood that will make you feel and experience up-close the art of flamenco. With a focus on Learning by Experience, CELEI offers Spanish courses and Study Abroad programs for smaller groups, where the student is the protagonist in his or her own learning process. Through our courses, cultural activities, field, and volunteer work, our students are able to immerse themselves in the Spanish language, culture, and society in a natural way. If you want to feel yourself at home, enjoy our lounge with fireplace, connect to the Internet from our garden, enjoy our library and projection room, do not hesitate to come to CELEI for an unforgettable experience in Granada. 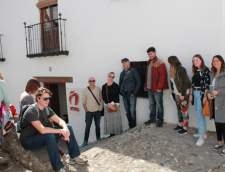 Castila is located in a traditional house in the beautiful Albaycin, with views of the Alhambra. We offer many different Spanish courses including intensive courses, DELE preparation, business Spanish, refreshers for Spanish teachers, etc. The language courses in CastiLa are interactive, class sizes are deliberately kept small (maximum six per class) and participation in the college social programme enthusiastically encouraged. After classes, some food, and maybe a siesta, professors and students meet to enjoy tapas or indulge in whatever activity going on that day to enjoy Spanish culture and put the Spanish learnt to good use.In Castila you will find professors and students from all walks of life and from all over the world, forming friendships and experiencing life in Spain together. All our teachers are native Spanish speakers with two basic requirements: they have the highest university qualifications and they have specific training in teaching Spanish as a second language. They are, without a doubt, the most valuable part of CastiLa. 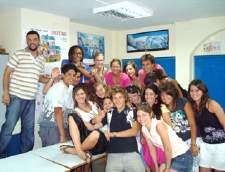 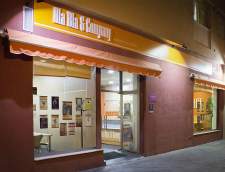 Bla Bla Company is backed by an 18-year experience. During this time, we have offered Spanish courses of many kinds and levels, such as private courses, continued training for foreign workers as well as courses for companies and students. We have had students from different countries, like Portugal, Great Britain, China, France, Russia, Poland, Czech Republic, Morocco, Austria, United States, Italy, Germany, Sweden, Egypt, Japan and many more. Bla Bla Company is an authorised centre for preparing and testing SIELE (authorisation number 18904). 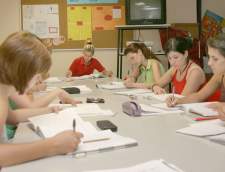 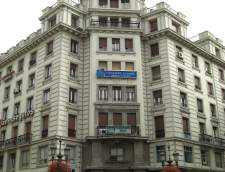